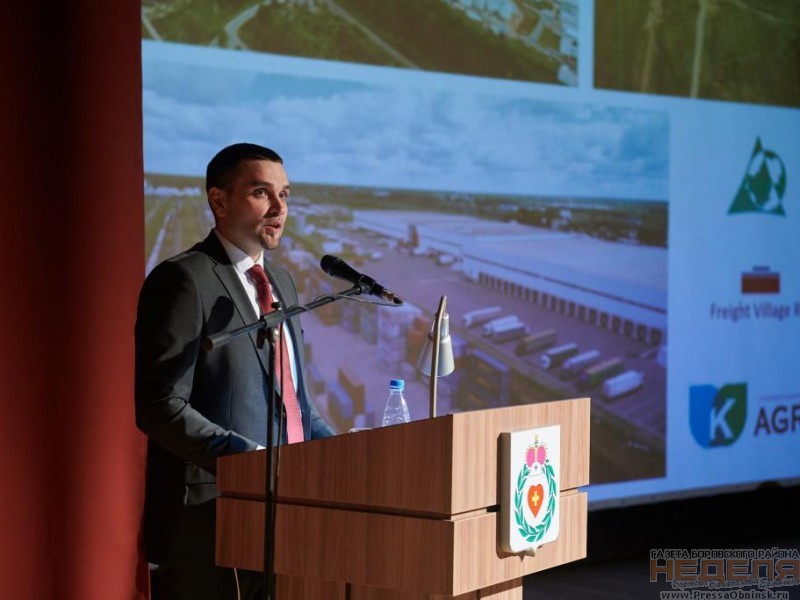 On February 20 the report of Ilya Veselov, the head of of the municipality "Borovskiy district", has taken place in Borovsk city. The deputy governor of the Kaluga region Vladimir Potemkin, heads of the profile ministries and departments, local residents took part in the event.

Nowadays population of Borovskiy district is 61 620 people. For 2017 the population has increased by 142 persons.

The average salary level is (the large and average companies) for January-November, 2017 has increased by 4,1% for corresponding period of 2016 and has made 46 797 rub., 127% of average value in region (36 943 rubles). Of all districts and cities of region, Borovskiy district had the highest level of salary value.

The industry – the leading branch of economy of the area. In the territory of the area about 130 industrial enterprises carry out their industrial activity. In a total amount of industrial production of region the specific weight of the district is 22%, this is the second place among municipal districts and city districts of the region. Industrial output in the area for last year was 132 billion rubles that is 9% above than the level of 2016, and investments - about 11 billion rubles.

The build-up of industrial capacities goes quickly, and as Ilya Veselov has noted, the Industrial park Vorsino, the Agro-industrial park K-agro and the multimodal transport and logistic center "Freight Village Vorsino" - are leaders of this direction.

More than 20 companies already work at all these lands - it is over 6 thousand work places and 100 billion rubles of the enclosed investments. Last year on the territory of the district 5 production companies have opened, one of them have just extended from available, others have been created from scratch. According to Ilya Borisovich, this year in Borovskiy district 5 companies start that will help to employ about 200 people. The head of the district has also noted that our priority is hi-tech productions with the high value added and modern jobs. 27 enterprises of the processing productions and two industrial service companies of heat and water supply are referred to the category of large and average enterprises. The considerable number of the large industrial enterprises is concentrated in the industrial Vorsino park, the most part of the enterprises is created as a result of implementation of large investment projects of the foreign and Russian companies. For 2017 large and medium-sized enterprises have shipped production and executed works and services for the total amount of 141 307,2 million rubles that has made 118,1% to the level of 2016. Specific weight of large and medium-sized enterprises in volume of the industry of the area was 95%.

For January-September, 2017 investments into fixed capital on the large and average organizations in the territory of the district have made 6135,3 million rubles, or 111,1% of the level of the same period of 2016.

Growth of the volumes of investment in January-September, 2017 is caused by investments of residents that are located in the industrial park Vorsino.

In 2017 opening ceremony of the plant of super thin ceramic tiles production LAMINAM RUS has taken place; AstraZeneka Industries (the first pharmaceutical company in Russia which has got approval of the interdepartmental commission on the conclusion of the special investment contract) has started production of new medicine; start of the new line of CJSC L'Oreal cosmetics is carried out, new lines of production of wet food Nestlé Russia are also have begun producing.

On the territory of the Agro-industrial K-agro park has opened the unique Center of development and deployment of technologies of processing by the accelerated electrons by Tekleor company, the head of the district Ilya Veselov has noted.

Development of the multimodal transport and logistic terminal "Freight Village Vorsino" continues, routes of the container train broaden. The logistic center is located on 600 hectares and part of the industrial park Vorsino.

In 2017 89,4 thousand sq.m of housing (148,4% to the level of 2016), including at the expense of means of individual builders – 78,2 thousand sq.m are put into operation (142,7% to the level of 2016). The total amount of the made investment investments in development of agricultural production and the markets of agricultural production of the municipal district from 2006 is 824,7 million rubles. By the expected results for 2017 in the agricultural organizations proceeds from sales of production, goods, works and services will make 962,7 million rubles that there is 8,4% above than the level of 2016, including 539,2 million rubles from production of livestock production and from production of crop production of 102,1 million rubles. Having assessed the work done by administration of municipal unit positively, the deputy governor Vladimir Potemkin has noted that "The Borovskiy district — one of leaders in attraction of investments in region"."It is important not to stop work on attracting investors, preparation of investment sites, rendering full support to already come investors. Also integral part of further successful development of the region is education of highly skilled personnel for the most dynamically developing branches of economy of area" — he summarized. 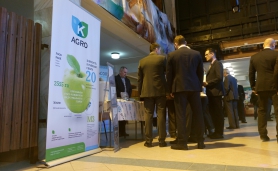 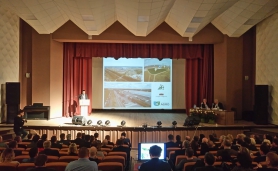