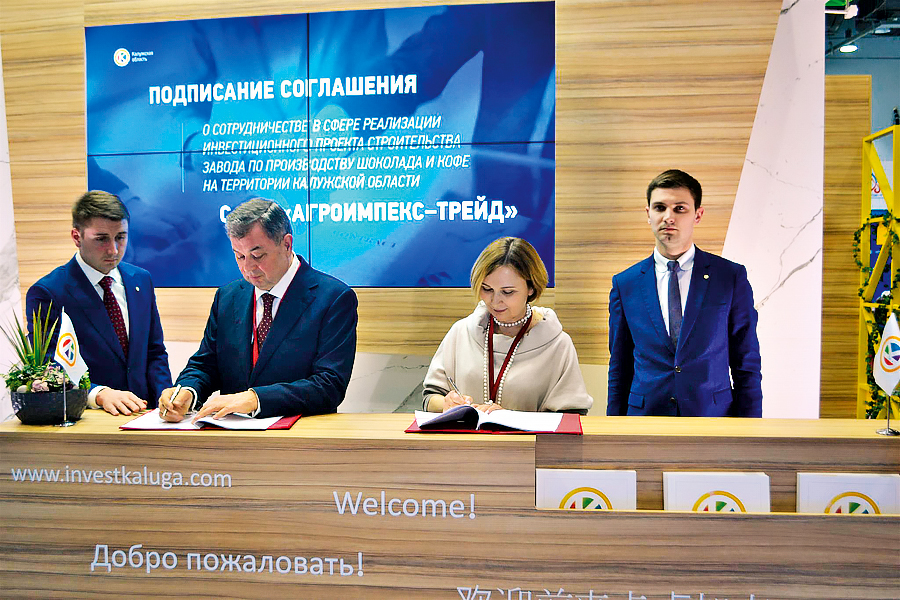 There was tentative agreement concerning construction of the plant on production bean-to-bar of chocolate, chocolate masses and roasting of coffee in the territory of the agro-industrial park “K-Agro”. It is hoped that the volume of investment will be more than 100 million rubles, workplaces – about 100.

The company considers a part of strategy for perspective factory - import substitution. The plant will make the chocolate masses and chocolate production which by no aspects concedes to alloys. It allows consumers to enjoy a high quality domestic product at reasonable price.

Agroimpeks-Trade specializes in deliveries to Russia, Kazakhstan, Georgia and Belarus of cocoa beans, cocoa products, green coffee, nuts and dried fruits for the food industry more than 10 years. On average the company annually delivers over 5000 tons of production from more than 50 countries of the world. It offers more than 60 trade items. During Agroimpeks-Trade’s 10 years of work, company has entered the list of the largest import companies of green coffee, having taken the 15th place in rating in 2016, according to information of GLOBE Foreign Trade Activities. In 2017 Agroimpeks-Trade has entered the Russian association of producers of tea and the ROSChAYKOFE coffee for the purpose of promoting and development of coffee culture in Russia. In December, 2015 the company has received the status of international, having opened the logistic cluster in Estonia. The geographical choice of opening of subsidiary isn't fortuitous as there is the first continental port in Tallinn where arrive raw materials from overseas.

“This agreement is a significant step in implementation Agroimpeks-Trade’s strategy regarding increase in presence in the markets of the small and medium-sized industrial enterprises at regions of Russia. We are interested in bringing to be the clients - small factories, private roasters of coffee, candy craft productions, coffee houses and restaurants. Construction of factory will also become a push for development of the industry in region", – Marina Golovanova has commented